SINGAPORE / ACCESSWIRE / March 9, 2020 / The ncRNA (non-coding RNA) is one kind of molecular substances that has been discovered not so long ago but existing in all organisms. This molecule can affect almost every biological function in cells, and even control the cellular differentiation. The ncRNA plays a key role in controlling gene expression by combining with proteins or other molecules to turn genes on or off.

“These ncRNAs were once considered as “rubbish” with no relevance to gene expression. Until recent years, RNA has been considered as a key messenger between DNA and protein, which is a recognized central dogma in molecular biology. Today, we know that the human genome contains numerous non-coding RNAs (ncRNAs), and we can see how ncRNA amazingly designs complex interactions among DNA, proteins, and cellular functions. ncRNA accounts for more than 90% of human genomic RNAs. In the past 10 years, part of ncRNAs have been found whereas the majority is yet to be truly understood,” said Too Heng-phon, associate professor of National University of Singapore School of Medicine, and founder and chairman of MIRXES.

The National University of Singapore School of Medicine and MIRXES co-sponsored an international non-coding RNA (ncRNA) exchange research organization, which aims to share and discuss the latest developments in diagnostics, molecular functions and therapeutics based on ncRNA. It provides an important communication platform for international investigators and clinicians to jointly accelerate ncRNA-based diagnosis and clinical application of drugs for improving global human health and saving more lives.

“In the ncRNA family, miRNA study is considered to be the most promising and the fastest growing field of research. Thousands of research studies on miRNA are published worldwide each year. But before 2005, there total number was only about 5 or 6 worldwide,” said Too Heng-phon, “just at that time, we had realized the importance of miRNA, so we started miRNA studies very early. At first, miRNA was thought to be too small to be detected, but it wasn’t. It deceived us.”

Too Heng-phon and his miRNA study team at the National University of Singapore proposed a new method to combine deoxyuridine-bound RT oligonucleotide with secondary structure and semi-nested real-time PCR for rapid and robust quantification of mature miRNA directly from cultured cells, making a breakthrough in miRNA detection. 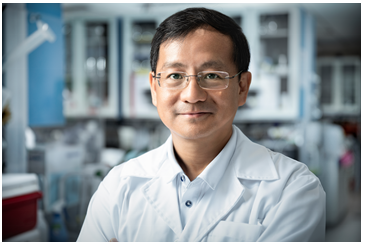 [Picture: Too Heng-phon, associate professor of National University of Singapore School of Medicine, and founder and chairman of MIRXES]

With this technology, they helped many pharmaceutical companies understand the action process of targeted drugs in cancer treatment and helped improve drug efficacy by detecting the expression changes of cancer-related miRNA in blood. In addition, they also studied the relationship between miRNA expression changes and cancer occurrence, hoping to help diagnose early cancer and cure cancer in time. At present, the relationship between miRNA and cancer is a very important research and application direction in the whole ncRNA field.

“Why can miRNA indicate cancer? The principle is that miRNA is a molecular substance that communicates between cancer cells. We usually need to examine not only the cancer cells themselves, but the cells near the cancer cells to rule out cancer. MiRNA, as a communication molecule, can provide such significant reference information.”

More studies on miRNA have confirmed that miRNA is closely related to the occurrence of various diseases in humans. This molecule really plays an indispensable role in organisms. Its malfunction will lead to abnormal growth and development of human body, cause nervous system disorders, and even bring about cancers that humans have so far been unable to completely defeat. The study on its mechanism, combined with the biological knowledge that human beings have already mastered, can help targeted diagnosis and treatment of various diseases, including cancers.

“When developing new drugs, pharmaceutical companies usually need to understand how drugs act on diseases. It is very inspiring that miRNA detection, as a kind of companion diagnosis technology, now plays an important role in the research and development of new drugs. Today, more and more pharmaceutical companies are developing treatment methods associated to pure RNA and ncRNA. It is clear that ncRNA study is a hot topic nowadays, which can help solve problems in many fields. You can use it for diagnosis to help companies develop drugs and determine the target patients who can benefit from these drugs, because a certain drug may benefit only the patients with certain diseases. MIRXES is helping these companies determine which patients can benefit from which drugs.” 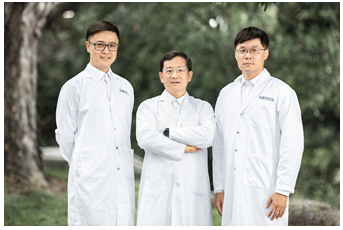 As a biotechnology company, MIRXES has always adhered to the scientific research spirit of “To do is to act, to know is to act”. Now, this has also become the aim of MIRXES: Bring science and technology from the academic papers into reality. In addition to helping pharmaceutical companies develop new cancer-targeted drugs, MIRXES has also made some major leaps forward in scientific research: to detect the formation of cancer at the early stage of cancer.

“What kind of cancers can we find now? The answer may be simple: gastric cancer, lung cancer, breast cancer, etc. But how did MIRXES make it? In any era, the research and development of new technologies need to go through a long and complicated process of scientific validation. Every step of research and development of MIRXES is based on science, not magic. My study team did a plenty of scientific research works, and finally found miRNA small molecular tumor markers in blood that can be used to achieve early screening of gastric cancer, lung cancer and breast cancer respectively. “

As is known to all, when the cancer enters the middle and late stages, it is difficult to control the disease. MIRXES aims at finding early cancers and develops technologies that can be used for early cancer detection. “I am very proud of my team, which can turn this into reality.”

Now MIRXES has become the leading biotechnology company focusing on miRNA studies in the world. From initial exploration to rapid development, MIRXES has a number of influential experts and scholars in the field of international scientific research on its membership list. Together, they have promoted the development of biotechnology and brought the most advanced life and health experience to human society.

You may have missed