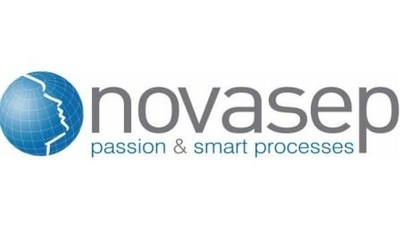 Over the past few years, and especially with the construction of the new bioproduction units Senrise-IV and Senefill, the Gosselies and Seneffe sites (Belgium) have undergone unprecedented development as well as a cultural shift to match this move toward manufacturing on an industrial scale. This is a response to the growing demands of the Biopharma market, particularly in the Gene Therapy and Viral Vector segments.

In this context, Novasep has created a new Business Unit, Biopharma Solutions, which encompasses all of Novasep Belgium’s activities and is led by Cédric Volanti, as President of Biopharma Solutions. Initially trained at the University of Liège, Cédric Volanti joins Novasep following various operational and management positions held with SGS, PharmaCell (now part of Lonza), Eurogentec, Pyxis Consulting. His latest position was COO for Delphi Genetics.

“I am delighted to welcome Cédric to Novasep’s executive team. Our strong development in Biopharma markets will allow Novasep to further its engagement in the Rise-2 strategic plan aimed at doubling the company’s profitability by 2023,” commented Michel Spagnol, Chairman & CEO of Novasep Group. “His support will also be essential regarding recruitment challenges and team expansion.”

“I’m excited to join Novasep at this time of growth, especially to support the strong development of innovative therapies,” said Cédric Volanti. “Our activities in Belgium respond to the strong market demand and I am proud to be part of this project.”

You may have missed